Funny face masks all over

Starts ‘Owambe’ parties all over

The culture of the people defines them. It is a strong point of the people and in fact can overrides a lot of scientific truism. This is a statement of fact with the Yoruba people occupying the South West Zone of the Country. But as strong as culture is in determining how a people live their lives, so also is the destructive potency of the plague simply called COVID-19.

The numbers of infected worldwide is alarming, while the numbers of deaths are heart rendering. Back home close to 40,000 Nigerians have been infected by the Virus so far, while death figure is close to 2,000. A plague as deadly as this, definitely, has no respect for culture, status or creed. But, sadly, not many people think so.

In the case of an interface between the two, both the plague and culture, one should most naturally give way. Now among the people of the six states of the Yorubaland, the two are currently at a cross-roads. The culture tangling with the plague seriously, and this portends danger to both the government and the people of the zone. Which one will give way?

FEFERITY Magazine investigations revealed that gradually, Nigerians seem to have generally shaken off the initial cold shock and fright over the breakout of the Coronavirus (COVID-19) in the Country. The shock and awe that followed the late February confirmation of the Italian index case, and the subsequent spotting of some other cases, both from people returning from abroad and local spread, are now giving way to casual jokes and faint dismissal of the plagues.

This assertion is more pronounced since the ease of the severe lockdown rules, especially, the easing of the inter-state movements.

Initially, the people were cowed, shocked, by the outbreak of the pandemic in the country, but not anymore now. This is in spite of the increasing figures of positive cases and deaths from the complications from the infections from the virus.

FEFERITY Magazine correspondent in Nigeria, took the advantage of the lifting of the ban on inter-state travels to stream-rolled the entire South Western states. Taking off from Lagos passing through Ogun to Ondo, turning to Ekiti then Osun and Oyo and back to Lagos, our observations are quite similar.

Majority of the people spoken to are divided in their opinion on the real existence and if the Virus do exist at all, the level, of the plague in Country. Perhaps, due to ignorance or poor enlightenment by the various local governments, the people still majorly doubted the existence of the plague in the country. In a community in Osun State, the people resorted to a long held superstition. They held on to an old believe that ‘plague will ever enter the town’.

A provision stores dealer, Ms Olubunmi Ajayi told FEFERITY Magazine that “even in those days of lukuluku (the Spanish flu plague of 1918), the town did not record a single incident”

When told that the social interaction between people of different communities then was nil, and that the situation is very different now, she retorted ‘this land will not allow any plague and you are even forbidden to discuss it’. With this, she cut off and faced her sales.

The Nigerians of South West extraction, the Yoruba people, are mainly sociable people. They take celebrations of landmark events very seriously. Therefore, they hardly allowed events such as Church activities, funerals, weddings, birthdays and others go un-celebrated. Our correspondent did witness lots of burials and weddings in the period spent across the five States. And attendants at these ceremonies far outnumbered the National Centre for Disease Control (NCDC) recommended not more than fifty persons at any social gathering.

In one of the towns visited, we learnt that the local Churches’ leaders are smart enough to shift their Sunday services to an unusual time of 6:00am every Sunday, pending the return to normal life. These churches still run all their full programmes, with old members in attendance. A senior Pastor of the Church, not a new generation, told us that ‘the leadership of the Church had to find a way round the lockdown rules’.

Even in Lagos Island, Lagos State, one of the areas where the pandemic is more pronounced, people have started picking up the ‘Owanbe’ fad culture. It is now a regular features to see chairs, tables and canopies with people massing there. The rule of not more than 50 people have been thrown into the waste bin for the environmental sanitation people to evacuate to the dump site.

In Ondo State, in spite of the shock of the loss of the State’s Commissioner for Health, Dr. Wahab Adegbenro, the previous day, and the live broadcast of his burial on the State broadcasting stations, there is still general lack-lustre observance of the rules set by the NCDC by the people. Dr. Adegbenro died at the State Infectious Disease Hospital from complications arising from Coronavirus infection on July 2.

As the late Commissioner was being laid to rest that Friday July 3, there were about three other funerals in Akure, the State Capital same day. In Ado Ekiti, the story is the same, so also were in Osun and Oyo states.

Be it social or physical, FEFERITY Magazine observed that the distancing rule is totally alien to the people. This is generally observed in all the States visited. At various local bars and food joints, people of various shades mingled with each other without caution; drinking gauge were shared without proper sanitizing.

At a local palm wine joint in Ekiti State, the butt of jokes and local songs was the plague:

(When I heard the shouts of Coronavirus,

I dodged into a Masquerade home

Coronavirus perished, I then quickly came back home)

It took a while before we could decipher the full meaning of the song. The song simply reduces the plague into a comic joke. But in all reality, it suggests how nonchalantly the people generally take the plague.

Face mask present a different comic sights in most of the towns visited or stopped over. While they are rarely seen or used. In rare cases of sighting one, the mere sight evokes so much laughter. All manner of fabrics are sown into funny designs and put on as face masks. Without ant forensic test, one is certain they cannot protect one from an airborne virus attack. Yet they adorned the faces of the people in a way that clearly suggest they were being worn to just to satisfy a rule and not for self-protection.

In all these, rate of exploitation have shot up to through the roof tops. Of major note is the high cost of transportation and goods generally. Since the reduction in numbers of passengers of commercial buses by 50%, the prices of fares have been hiked by as much as 75% by officials of the National Union of Road Transport Workers (NURTW) across the South West States. Ilesha to Lagos route that was #1,800.00 pre-lockdown is now #3,000.00. We asked an Official of the Union at the Garage.

The Official who simply gave his name as Akanni Maradona said ‘we now carry two passengers per seat, instead of three and in the front, we carry only one’.

But when our man did the arithmetical calculations and showed him how carrying three passengers were fetching them #5,400.00 per seat and now with two passengers, making #6,000.00, he changed the tune. He now claimed there were several Police Check-Points on the roads and that they collect so much from them. And ‘more prices of food and other commodities have gone up astronomically.

Ironically, all inter-state routes in the South West Zone of the Country were affected by the hike in transport fares.

A traditional ruler in Ekiti State who do not want his name in print lamented the altitude of the people. He praised the ‘Federal Government for refusing to re-open schools, especially tertiary institutions’.

According to him, ‘his town would be gone in a matter of weeks if the only tertiary institution there is opened’.

This he hinged this reasoning on the lackadaisical attitude of his people. He said he had called meetings of all the Chiefs, the compound heads, the religious leaders and students’ leaders, all to no avail. ‘They all continue to behave as the noise is a lie’, he lamented.

In hordes, We lost our Virginity

Do you want to come and work in...

Crafty Pa Tortoise and The Burden of Age 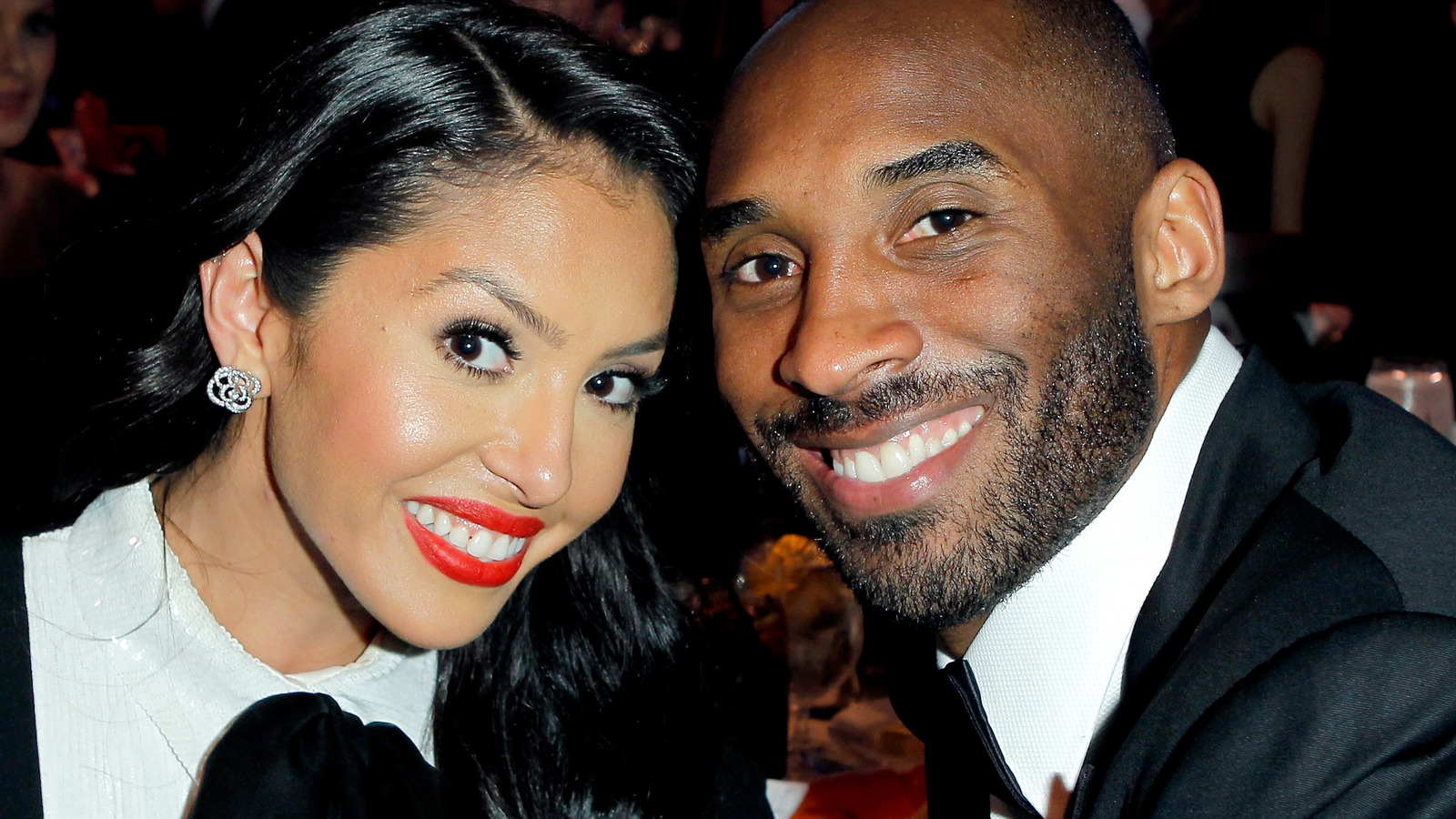 The Kobe Bryant crash trial continues to get more painful, as a new witness recalled a horrible joke one firefighter allegedly made about the athlete's remains. [...] 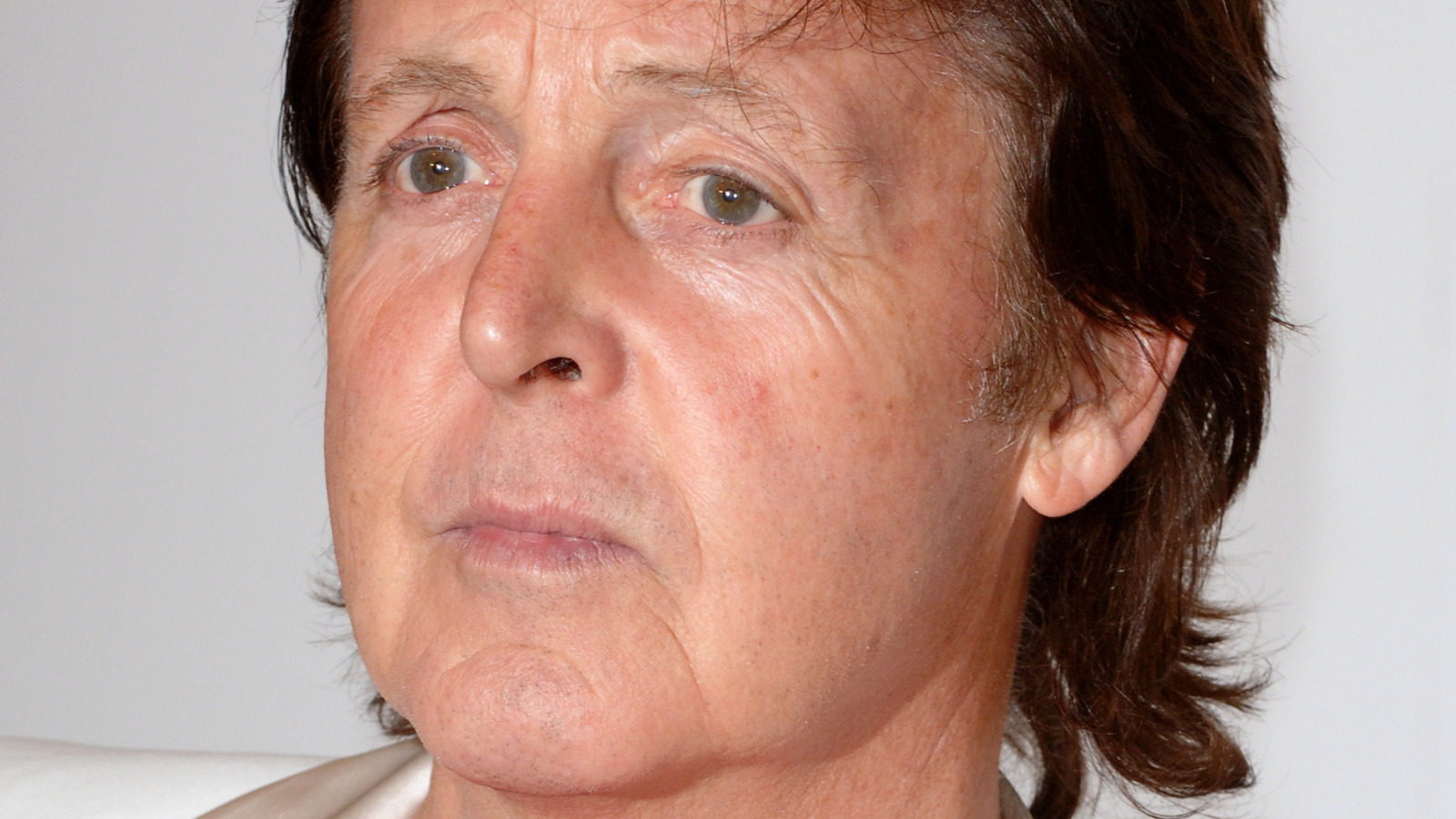 Paul McCartney is mourning another tragic family loss from cancer that happens to be connected to his late wife — his brother-in-law John Eastman. [...] 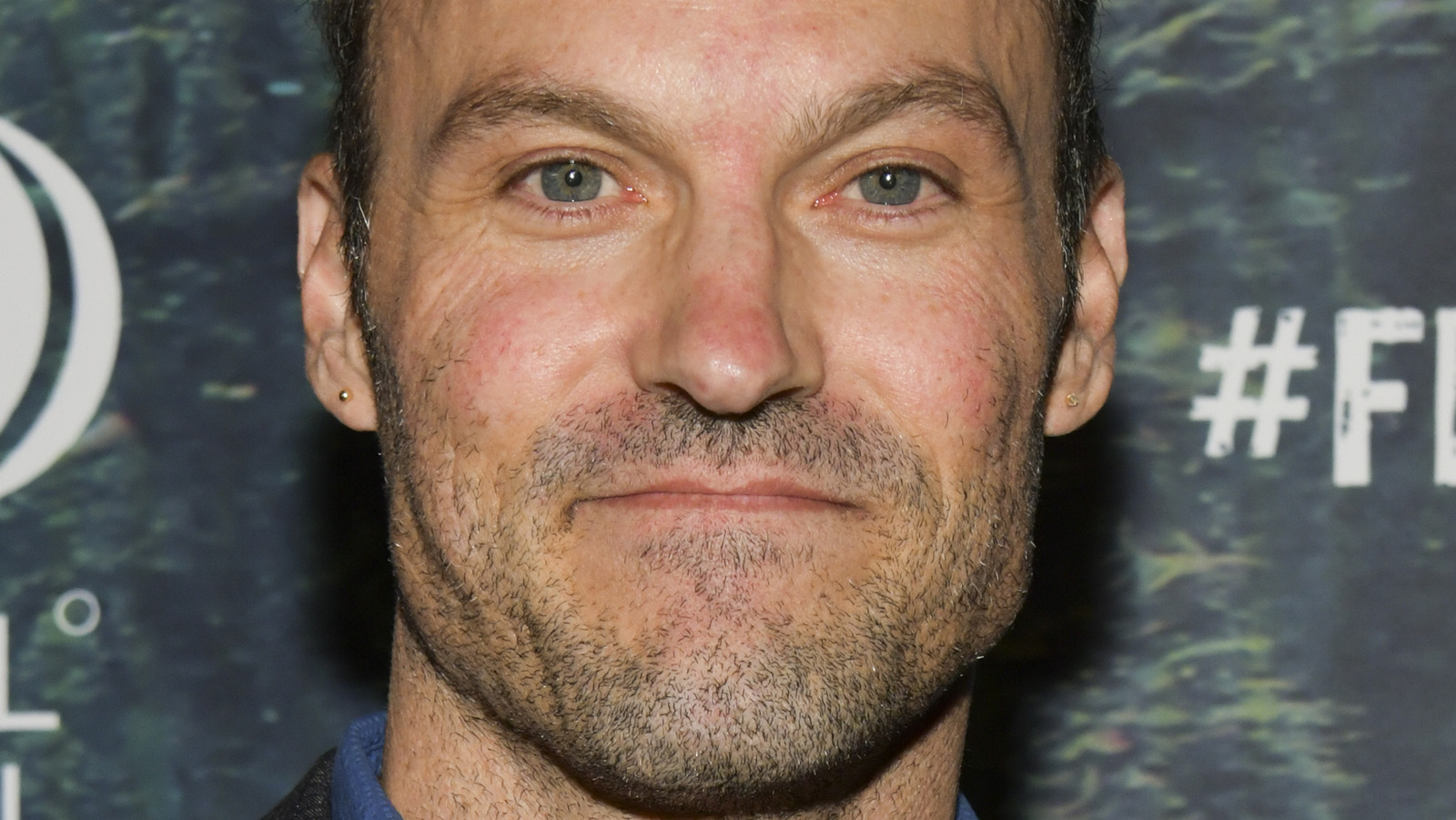 Amid Sharna Burgess' pregnancy, Brian Austin Green suffered a health crisis that affected his ability to be a proactive partner. [...]

Even though XCX doesn't flaunt her relationships to the public, that doesn't mean her boyfriends can't be tracked down. Here's what we know. [...]

What Has Danica Patrick Been Up To Since Retiring From Racing?
12 August 2022 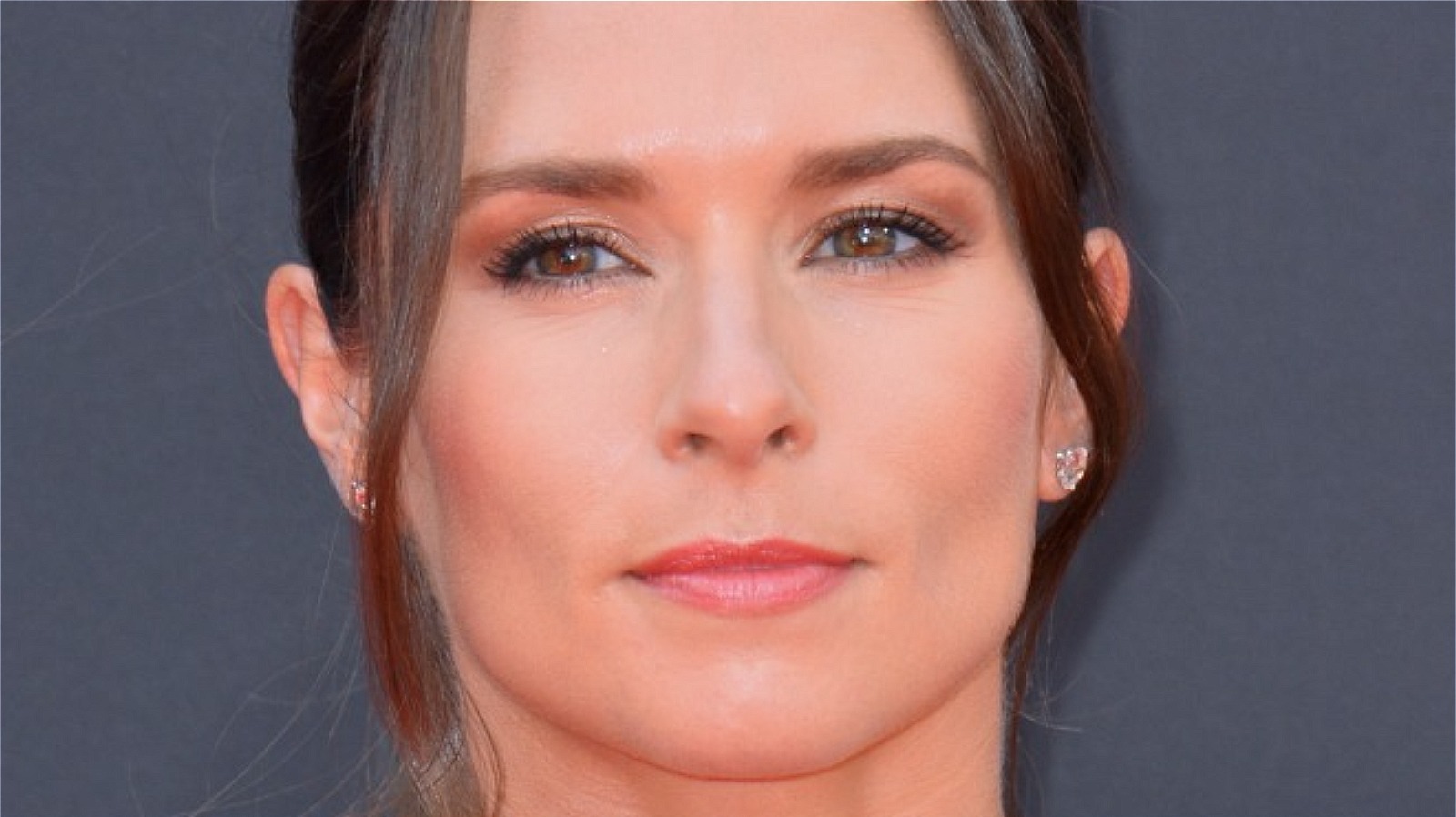 Danica Patrick is a racing legend. Even though she no longer races, her legacy remains. What has she been up to since retirement? [...]