“CAMA” WILL KARMALLED THEM DOWN!

…What karma can do,let no “CAMA” put asunder.

This is not the time for academic hypothesis, nor political hyperboles. , Nigeria, as a country is ‘karmalled down’, in deep turmoil. The heart is hemorrhaging badly, while the Soul is flailing. At no time in the Nation’s history has neither the present nor the future looks gloomy as this. It makes the past looked so good, many wish they could re-visit.  All pointers and signs are clearly ominous.

While the Nation struts on, in faltering steps, amidst the pandemic era, individual survival strategies have now become the bedrock of all undertakings and maneuverings. Moreover, at the end of the day, when the chips are down, and the present government of President Muhammadu Buhari is to list his achievements, I am pretty sure, he will gladly beat his chest and tell those who survive this era: “I worked to preserve your life”. Most likely, Providence will support him; history also will be on his side. In addition, we too shall all believe him. Because whatever is still keeping the death tolls of COVID-19 down to mere 1,000 figure, only God can tell. It simply defied all postulations of the Western World and even Medical people, at the onset of the plague.

Long before the furore is over, the Companies and Allied Matters Act”CAMA” 2020, the open sore has been festering. The law is only a pun in a chessboard. The law is like the proverbial Karma, a carrier of retributive justice, to both the protagonists and the antagonists. Angers bottled up here and there, especially in those who still believe the government’s management of COVID-19 pandemic hurts their business. Churches, especially of Pentecostal bent were inclusive.

Therefore, a little spark of fire was what the fully charged highly combustible environment needed to burst into a huge conflagration. The law makes no provisions that is strange to several other laws under the Common Law nor did it infringe on any existing fundamental human rights of any one. The Law is only trying to take away impunity and several abuses inherent in the management of other people’s contributions as tithes, offerings and sundry sowing of seeds, vows and pledges. It is to curb the inordinate ambition of yet to be “Pastors” or psychedelic “clerics” who instead of doing a legitimate commercial business, resorts to opening churches an mosque to acquire wealth. The mere thought of losing the honey pots is enough to spark the conflagration. The way it is, if not carefully maneuvered, this may consume many of the mega Churches.

The provisions of the CAMA Act as relating to Church funding and worship takings, do not justify the intense fire opened by these Pastors. The Islamic Community is also affected, yet no one from that block has cried out. It is not as if they are ill informed, nor docile. Also of more critical note is that neither the Catholic Mission nor the Church of Nigeria has spoken against the legislation. Even, if some of its provisions prick them, they are more reticent in their reaction. In all honestly, the fire opened by some Churches of the Pentecostal movement block is unnecessary. It simply portrays them as organized business center is using religion to forage on the society.

The angered Pastors and Church proprietors are yet to test the legality of the legislation in a Court of Law. This naturally should have been the first step, rather than turning it into an emotional and media warfare. No one is persecuting Paul the Apostle now. The Judiciary is always there to examine any Acts of the Parliament that tends to take away the rights of the citizens. Surprisingly, a Senior Advocate (SAN) of Femi Falana caliber is also joining in the media fanfare. Nostalgically, a Gani Fawehinmi would have approached the Court to challenge the Act without any prompting from an aggrieved Church or Organization. Not now again. All the hawks making noise are set to feed on the haplessly defenseless people.

The Church making some cockatoos of noises here and there about one nebulous ‘Islamization Agenda’ perhaps have forgotten that the 360-strong member of the Federal House of Representatives and the 109 ‘distinguished’ members of the Senate passed the law. These two Chambers have some good numbers of Christians and Muslims, as members. Coming out now to cry blue murder cast so much dirt on the integrity of the Christian members of these hallowed Chambers. One of the Pastors spoke on the possibilities of a ‘cultists’ being appointed to head his Church, as an interim administrator. Please, just who told him an administrator is coming to head is Church? Why the preemptive conjectural? Resorting to these cheap blackmail and sentiments may not work. What will work is for an aggrieved Pastor to head to a properly constituted Court of law to challenge the Act, and pursue the case to its logical conclusion.

Then while still enjoying the several spats and darts of the CAMA Act, Femi Fani-Kayode scored an indirect free kick against the media practitioners in the country. We all know Femi for what he is and what he represents. A brash and arrogant impostor. He cannot tolerate insults, yet he trades in insulting others. Asiwaju Bola Tinubu, Pa Obasanjo and Muhammadu Buhari cannot easily forget his vitriolic attacks on them. But to tell us his mission in Cross Rivers State and who is sponsoring the jamboree all over the Northern and Southern parts of the country, he consider such an insults and only to dehumanize the poor journalist. I am not to traduce Femi here, not at all. I just want to salute him. He did apologize, yes, but more for political reason than fence mending.

We are media practitioners, we are journalists, and we are the watchdogs of the society, the so-called Fourth Estate of the Realm. Why do we always cheapen ourselves in the face of a plate of porridge? I have found out the truth at the base of all insults heaped on journalists in the country. When what to eat override the need for professionalism in our conducts. I can assure you, the day journalists stop eagerly awaiting ‘brown envelopes’ and plates of porridge from these irresponsible public office holders, is the day we would retrieve and restore our glory.

If that French war General, Napoleon Bonaparte could bowed and trembled before the pen, because as he put it, ‘a pen is mightier than a thousand bayonets’, then that journalist has simply dragged the profession in the mud. He showed that he is lily-livered and no fire in his belly. Although, he has come out to mumbled, ‘I was disorganized’, hence the inability to rise to the challenge. Bull shit! He should please save the noble profession that crap. Disorganized by what? Fear of the goons or thugs? Femi simply showed the reporter that he has more fire in his own belly, which sadly, the reporter does not have.

Then to the several publishers out there who simply would not pay staff salaries, this is the seed they have sowed. A national newspaper just put all reporters on #1,500.00 per story wages. No more salaries! How do you expect such a reporter working in that newspaper to confront a tiger outside? He is simply weak and hungry. A Femi Fani-Kayode will simply feast on him.

That aside, the Femi issue simply rolled into the expanse city-village that is Ibadan, the largest town in West Africa where In another scenario and not so related, I watched horrified, how the tiny tot called Sunday Shodipe on a national television, and I was simply dumbfounded. I hardly could match the story line with the picture. The skinny teenager, just 19, is said to rape and kill for fun. The police apprehended him and the residents heaved a sigh of relief. The police spokesperson blabbed, but before the police could tidied up their case, the story line changed. Sunday now comes into the national consciousness, forcefully than his past heinous crimes. The boy simply eloped from police custody! A negligent police Inspector was said to have carelessly watched while the boy escaped.

The boy’s story should be properly investigated. Even the ‘negligent’ Inspector should be investigated to find out if he is in any way connected with the boy, his escapades or escape. That boy simply cannot, all alone carry out all the dastardly acts of raping and killing singlehandedly without any support from within or from without.

May God help us so we can help save our dear country – NIGERIA.

NIGERIA, POST COVID LOCKDOWN: PEOPLE ARE BACK TO LIFE as businesses, social and political activities revs up

Madness and Magic From Magical Politricians…Magictricians in Power...

The African Concert Series: From renaissance of African...

WHERE IS OUR COMMON SENSE?

Jackie Mason's Net Worth: How Much Was The Comedian Worth When He Died?
25 July 2021 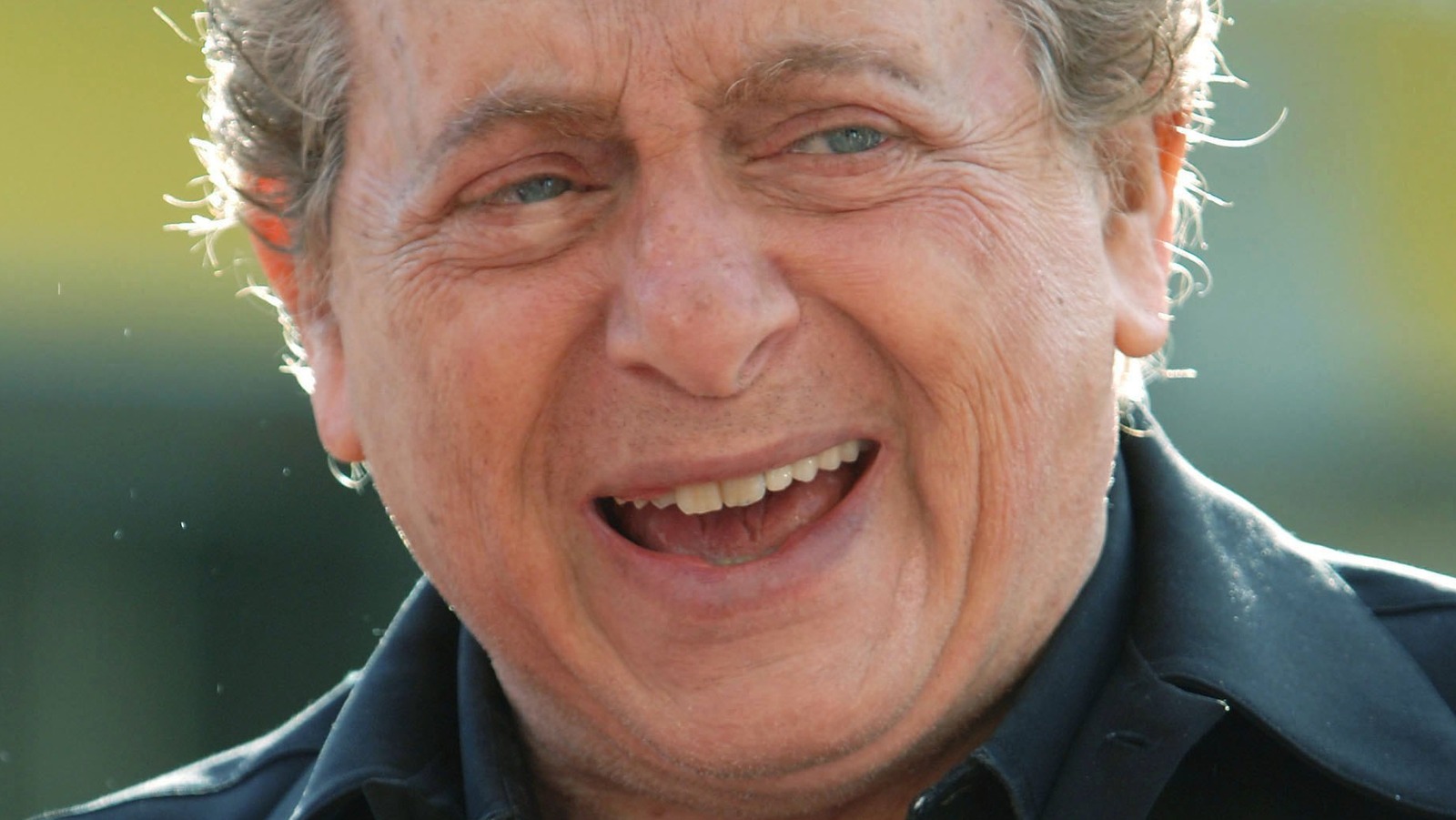 Jackie Mason was successful thanks to his life in comedy, acting, and his work as a producer. How much was he worth at the time of his death? [...]

What Is The Royal Family's Biggest Fear Regarding Harry's New Book?
25 July 2021 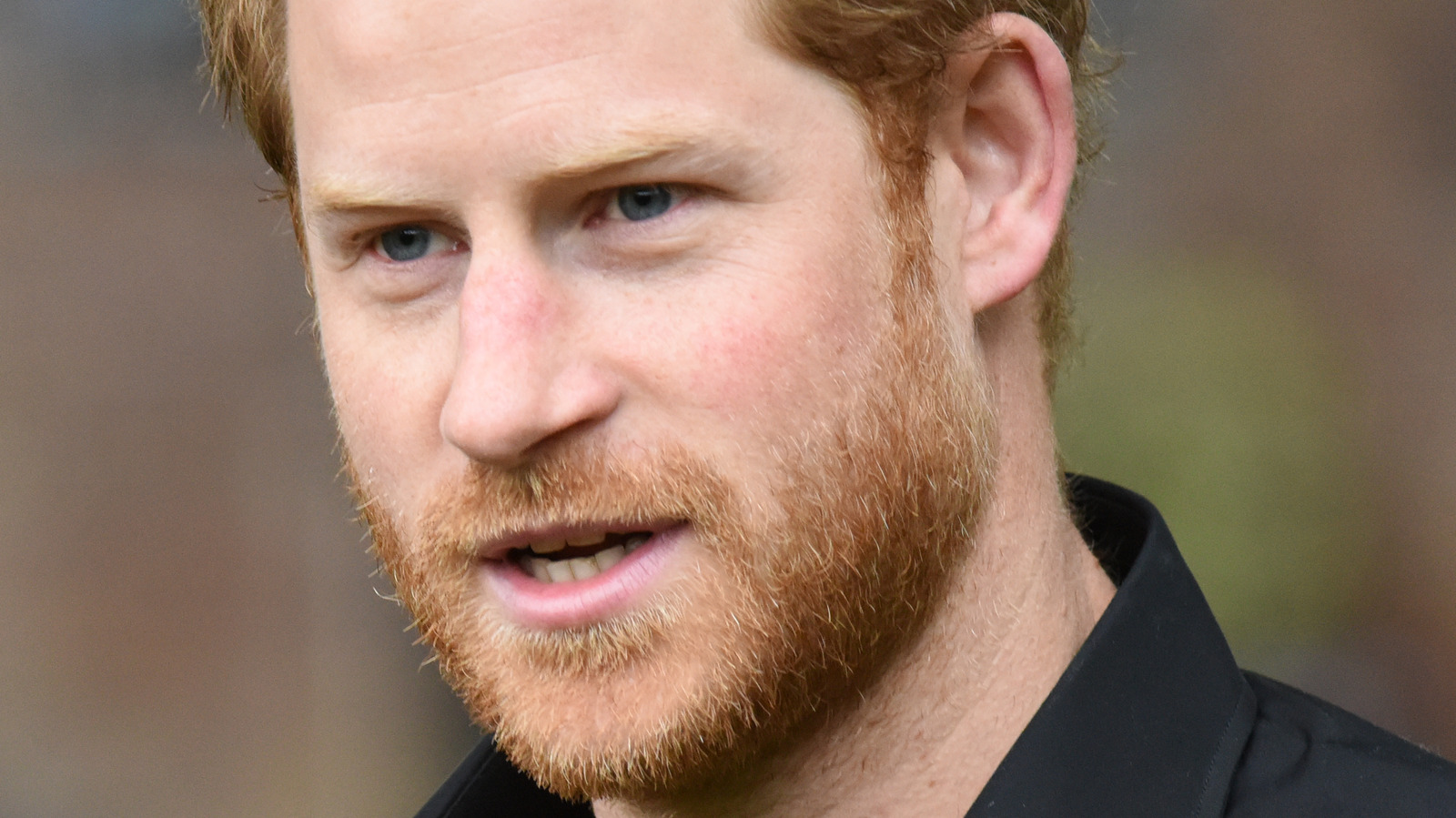 Prince Harry has proven he's not afraid to speak out against his family, and with his upcoming memoir, his royal relatives may be more concerned than ever. [...] 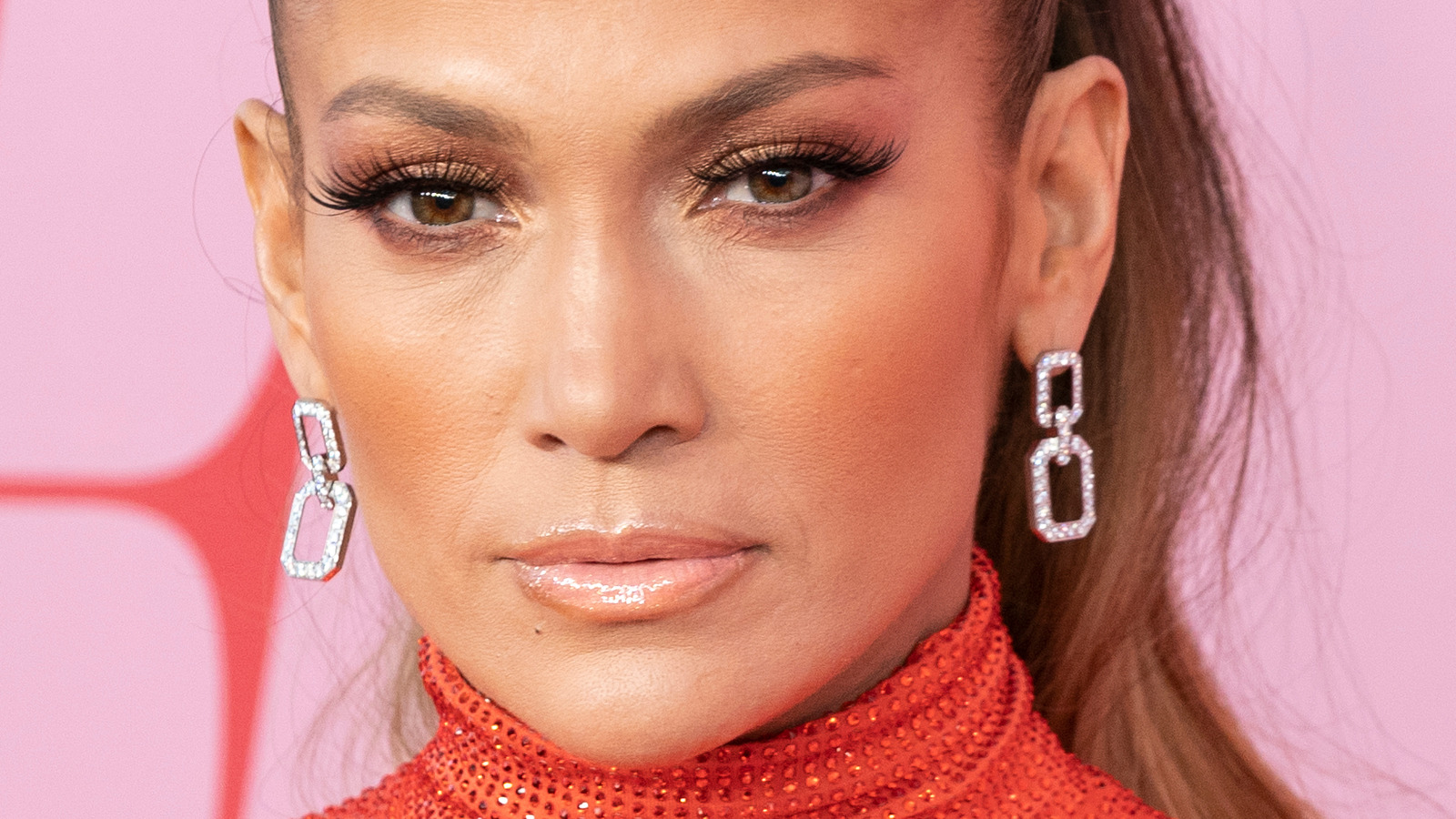 In honor of her 52nd birthday, Jennifer Lopez shared four photos to Twitter and Instagram and we have collectively passed out. Here's why. [...]

Inside The Death Of Comedian Jackie Mason
25 July 2021 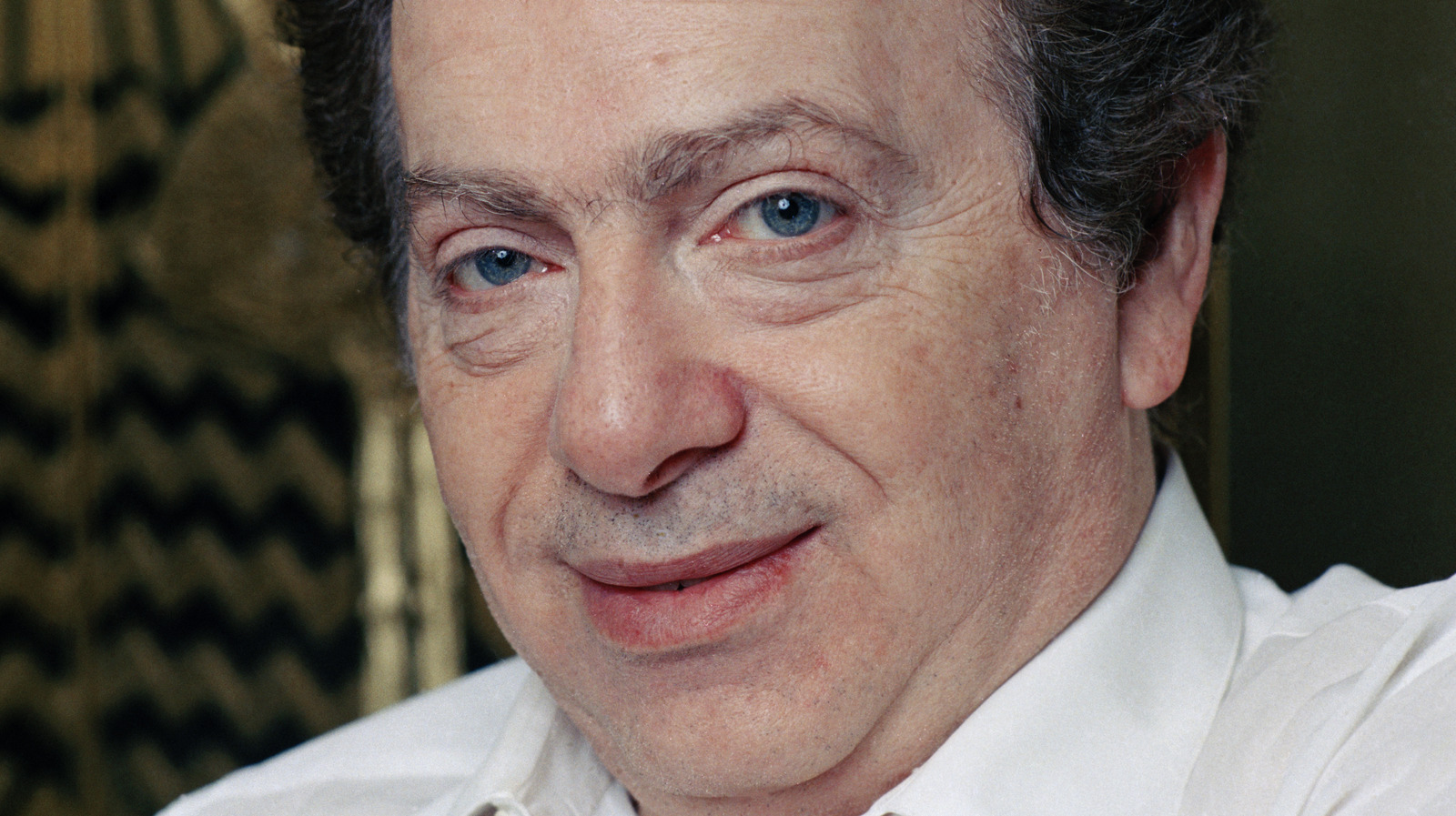 Jackie Mason, a longtime actor and stand-up comedian, has died. Here's a look back at their bombastic life and career. [...]

What Gypsy Rose Blanchard's Life Is Like Today
25 July 2021 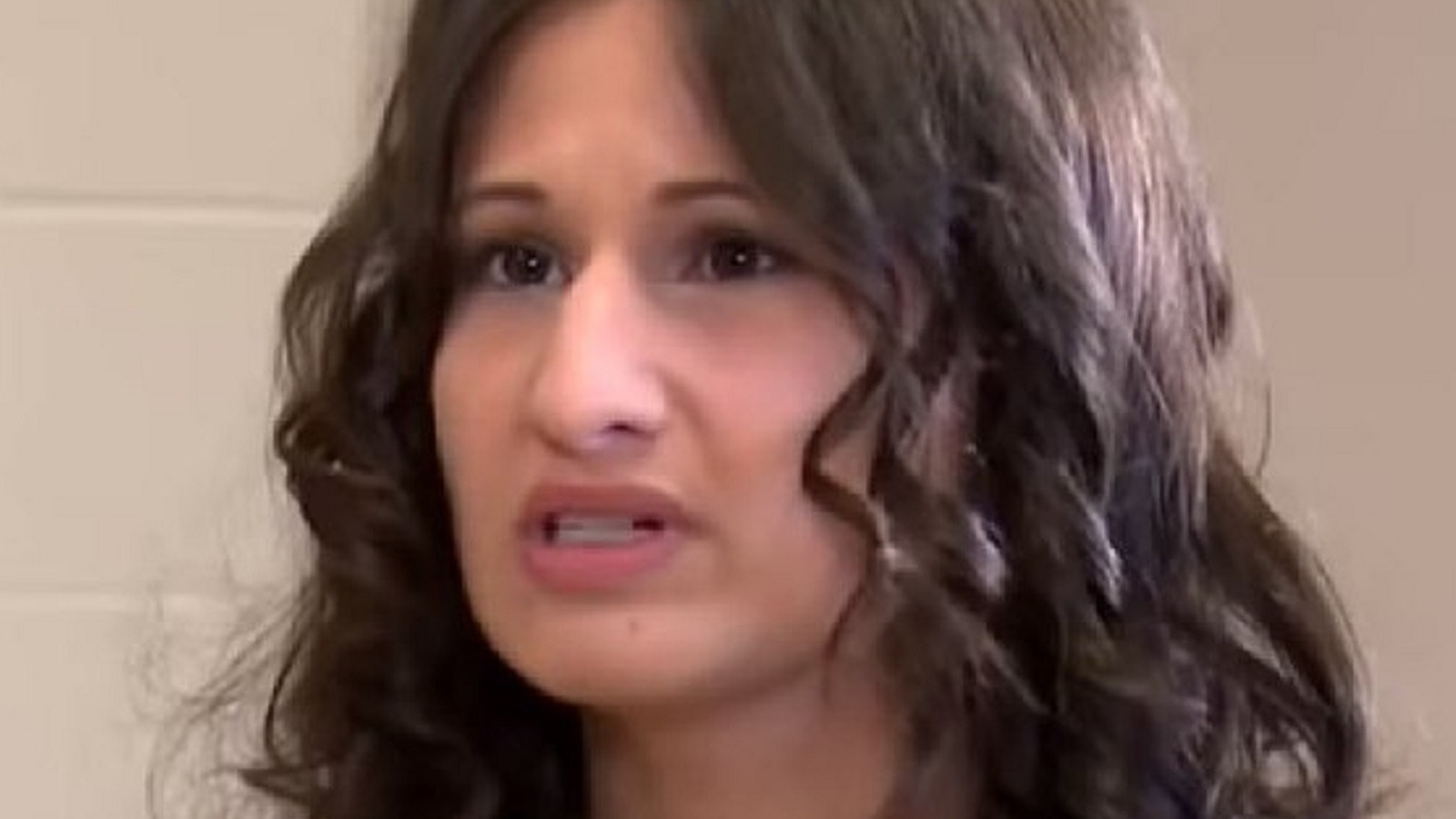 The murder of Clauddine "Dee Dee" Blanchard continues to be a topic people are interested in — as well as the life of her daughter Gypsy Rose Blanchard. [...]